Little told truth about the photography industry and career. 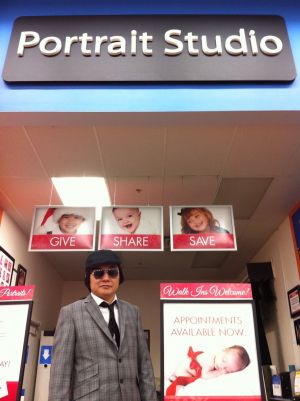 I brought my resume; they weren't hiring, then went bankrupt.

I used to get a LOT of emails from young photographers, asking me to look at their portfolio and resume, and then ask me about my next project, if there is any opening for a job, etc. Most every email looked and sounded the same. I know those young people were told by their photo professors or career advisors to do exactly what they did, and I think there are some templates circulated among them. I don't have the time to write back, but many followed up by phone calls. When I was sitting by the phone, they told me they were calling many people, and no one responds. They probably should get better advice, but the truth is that there is no such advice. It is a terrible reality that the world is eliminating photography jobs, and NAFTA and TPP have nothing to do with it. (Bureau of Labor Statistics is quite wrong about their projections.)

These days, I get a lot less of those emails, primarily because many photography and art schools are for-profit vocational schools, and many of them closed in the last few years.

So, the fewer emails I get today look a lot more original than what I used to see before. They ask good questions. Few people are completely believing the optimism of what they say at the master workshops offered everywhere, and want to know the real secrets that they don't share.

Since I don't always have time to respond individually, I thought to write a page on this topic. If you email me with more questions, I may respond publicly here, but there is no promise. (I am available for an interview for photography websites.)

Disclaimer: I believe the information is accurate, but it is my opinion. It might be wrong. I'll have more to share when I retire.

Recently, Hallmark Institute of Photography, a well-known photography school, closed its operation, citing that there are not enough jobs for their graduates to keep their operation. Two other well-respected photography schools, Brooks Institute (California) and CDIA (Boston, Washington DC) also closed. They are all for-profit schools, and they all had issues with their students unable to get loans, and their graduates jobs. This may not be the direct cause of bankrupt in all cases, but it is always a part of the reasons. This should tell you how few photography jobs exist today.

On the consumer-oriented, entry level jobs, there used to be a company called CPI Corporation, which operated portrait studios in Walmart, Sears, and Babies R Us stores. Their revenue declined steadily since 2008, and they went bankrupt in 2013. Another portrait studio chain Picture People went bankrupt in 2016. They blame advances in cellular phone cameras and consumers not shopping in person anymore. These companies, when they liquidated, we saw a massive volume of low-level portrait studio equipment in used market.

Before stock agencies became widespread, a lot of small photographs used to be custom shot. There were fewer images, not always the highest quality, but the images were more relevant and closely connected to the stories. Many of these photographs are gone and replaced by the stock images. Magazine editorial offices have photo researchers, whose job is to research stock agencies and other pool of images from their regular photographers’ libraries. Those “pick up” images are paid much less money than custom shooting. Also, a magazine giant created their own studios, so that they shoot their simple editorial photo, mostly still life (like small accessories and cosmetic products) in-house, using low-paid freelancers.

Before the end of the 1990s, professional photographers who earned the most money shot advertising exclusively. Some also shot fashion editorial for magazine giants like Condé Nast and Hearst. Now, the magazine-advertising industrial complex is very much weakened. The advertising agencies are very much weakened by the marketing paradigm shift from the interruption-based approach to inbound marketing. Magazine publishers are also weakened by the decline of advertising revenue, and people just don’t buy magazines anymore.

All these indicate is that what worked to build a photography career before no longer works. You can’t follow advice from older photographers or photo professors and then become like them anymore. No matter how successful they are, if they were to start out fresh today, they will not be able to do what they could.

How professional photography used to work

During the later half of the 20th century, corporate operations provided financial support, mentorship, and a place for creative experimentalism. For example, Irving Penn had his studio in NYC, owned by Condé Nast, with all the studio staff he needed, and everyone was paid well. All he needed to do was to shoot for Condé Nast when they needed photography. Other times, he could do what he wanted. In November 2016, Lesley University held a roundtable discussion of Penn’s career. One of the speakers was Raymond Meier, a very successful fashion and still life photographer in NYC. He regrets that this kind of professional environment is mostly gone today. I called him up after the talk and went to meet him at his home in SoHo, to learn more about what he meant. He was a part of the industry early enough, so he never had to worry about self-promotion or any business matter. Even today, he has an agency that takes care of all business matters (and production/post-production) and he just shoots. With the amount of success he made, he has a few very loyal clients to shoot for (if you look up his work you will know who they are), but most of the time he is working on his fine art prints.

When I started photography in the 1990s, I used to see a lot of Boston professional photographers, whose work was decent-good, earning a good living. Most of them moved out of the city, retired or had to get a day job after the turn of the century. Only a few photographers from that time are still in the industry today. People who started photography around the same time as I did, they almost entirely disappeared from the industry.

So, what are the things to think about?

Let’s go back to Raymond Meier’s model of (1) financial support, (2) mentorship, (3) creative experimentalism, and (4) technological understanding. There is no longer a package deal that comes with all four. I think a successful photographer will have to figure out each component separately and put them together by him/herself.

There are some unpleasant truths here.

First of all, no actionable advice works. Schools are bankrupt because they can’t help their students to get jobs. Raymond Meier can no longer hand his success recipes to his graduating assistants because his recipe no longer works.

I get emails and occasionally meet young photographers who spent a considerable amount of time taking master workshops and online courses, telling me that who said to do this to succeed. They all sound too good to be true to me. Optimism is how people sell stuff, but that’s not my approach. You should always question why those people teach if they could make that much money practicing.

Second, you started photography probably because of your passion, but money issue is not going to go away no matter how successful you become. Today’s industry landscape is very different from the 1980s. Everyone is cutting cost, or they go out of business.

Third, there are few good mentors anymore. Even at the level of quick advice, good advice is difficult to get. Until several years ago, industrial organizations like APA, ASMP and PPA had a pretty good network of people who give good advice. But those networks are also shrinking.

Finally, it is becoming increasingly obscure how you can monetize your creative capital. Creating your market seems one logical solution.

Photographers I know personally, still practicing and doing well today, have one thing in common. They had a specialty and created their own market. They invested so much in studying their subject matters very well. So, even if I wanted to steal their market, I can’t, not because I can’t shoot like them, but because they own the market. A lot of people tried to copy what they do and failed. In order to succeed today, you need to develop a unique yet marketable specialization and put a lot of effort in demand generation. Social media, website, direct mail, etc. are not the solution.